Why was America interested in Vietnam in the first place? Was it to prevent communism to spread all over Asia or was it for profit? Were there precious natural resources to be discovered? Was it power? Was it for the principle? There were many opinions and perspectives. Who was right? 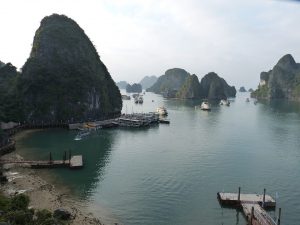 Why can’t people just get along? I am sure there are millions of reasons for war and millions of reasons why people can’t get along. People know the consequences. Why do we do it any way? I can write a book on this topic alone and still not have an answer that pleases everyone or me. Perhaps, that is one best trait of being a human that is no one has the same exact perspective. Life wouldn’t be so interesting.

Regardless of the winning side, the results were destruction, deaths, and chaos. The people who were left behind had to deal with the consequences. Was it worth it? When the communists won Vietnam’s independence and united the country, were the Vietnamese free after the war ended? Or did the Vietnamese lost its liberty and became a victim of their own people and government?

It is not an easy task to answer and satisfy all questions including my own. In this article, I have provided facts, my personal experience and opinions. The readers can form their own opinions or interpretations for their own satisfaction.