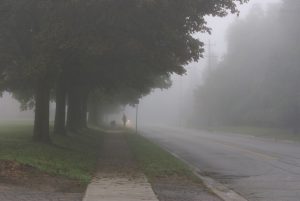 Early foggy morning in the summer of 1968, an old woman strolled through an empty neighborhood sidewalk.  She cradled a month old wailing infant in her arms.  The

infant bored a birth mark on her left temple.  At the same moment in the distance, a woman in her early 40’s stood motionless on the other side of the street with her 10 year old daughter.  They observed the old lady every move. 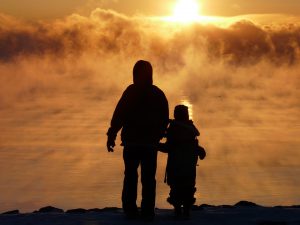 The old lady was oblivious to any passerby.  The daughter turned to her mom and said “An old lady will come to you tomorrow morning.  She will bring you an infant.  The infant is me.”  Before the mom could respond, the daughter vanished into thin air.  The woman stood dumbfounded in the suburb of Saigon, Vietnam.

A few years ago, Ông and Bà Ðức lost a 10 year old daughter to sickness.  Before her little girl passed away, Bà Ðức and her daughter were praying to the Buddha statue in their home.  While praying, the daughter’s hair brushed against the incense held by Bà Ðức’s hands.  A large piece of red hot cinder fell off the incense and landed on the child’s left side temple.  Other than a slight burned mark to the skin, there was no physical harm to the girl.

Startled by her daughter’s statement Bà Ðức woke up covered in cold sweats.  The dream seemed so vivid and real.  “Was this a sign from my daughter?” Bà Ðức asked herself.  She pulled herself up and got dressed for the day.  Her daughter’s last words from the dream lingered in her mind “The infant is me.”