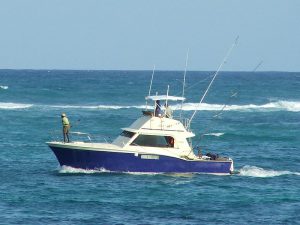 After four days of floating in the sea, everyone was anxious to find land. The captain followed the course directed by the American oil rig. Before the sun rise, it was pitched dark at sea. Only sky and ocean surrounded our ship. The captain encountered a small beam of light floating in the distance. As we approached closer, the light source came from a local Malaysian fishing boat. There was a man and a small boy on board. Land was near. After receiving a handful of money, the fisherman pointed us to the nearest land. 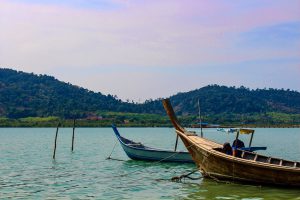 By 5 or 6 am, we can see main land in the distance. There were noises and commotion coming from the distance. Kids were yelling, running, and pointing from the main land. The crew roared with excitement. As we came closer to port, the Malaysian Navy officers sent a Marine Patrol to greet our ship. They requested for us to follow them out to sea. Our ship was not welcomed. The Malaysian officials stated “We can not take any more refugees.” We were turned away. 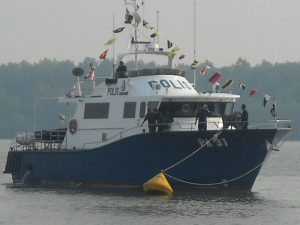 Instead of following the Marine Patrol out to sea, the captain ran it straight back into the beach. We were all tire, hungry and nowhere to go. The captain took a risk in hoping the officials will let us in if our ship was sinking. There was a slight chance that the officials may not take us in at all.

The next thing I knew, I was lined up and lifted off the ship. I waded through knee-deep water and walked on to the sandy beach. Wow, the sky, the ground, the people were spinning around and round. Was I floating on water? I slowly regained my balance. I stood on the beach and watched more people unloaded the ship. My stomach started to grumbled. What was that? For the first time in four days, I was hungry. 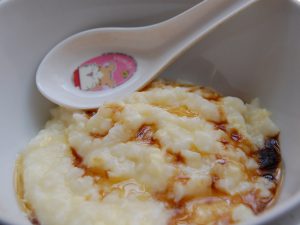 We arrived literally with a shirt on our back. All of our belongings shipped on a different boat were lost. To bribe us from complaining or crying, I remembered my mom said “if you guys are good kids, we can eat as much phở as you like when we arrive in America.” Phở is a popular Vietnamese beef noodle soup. We can eat it all day long: breakfast, lunch, dinner, or even midnight snacks.

When everyone was settled on the beach, my mom sent us out to find mussels along the beach. The mussels were like clams. We found lots of mussels attached to rocks. We pried them open and put them in a bucket. She cooked mussel porridge that evening.

“At home, we had to bribe for you guys to eat the best food money can buy. Here, we don’t have much and you kids are devouring it like it was the best food you have ever eaten.” My mom laughed.