An estimate of four million Vietnamese are living overseas. Vietnamese immigrants scattered among 34 countries all over the world. Slightly over two million are Overseas Vietnamese who are living in the United States. The top ten countries including the United States are Cambodia, France, Australia, Taiwan, Canada, Germany, Japan, South Korea, Czech Republic, and Malaysia in order of highest to lowest population.

There are five distinct categories of Overseas Vietnamese:

The trip to America was a planned trip from My mom’s boss, Cao Văn Lăm.  Everyone including my mom called him Ông Ba Năng.  Ông Ba Năng gave my mom a choice.  She can come with him or she can stay and he will leave his company in her care. 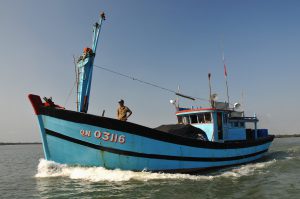 The trip was organized several months in advance by Ông Ba Năng and sponsored by the Việt Cộng.  There were two ships.  They were fishing ships.  Each ship was about 26 meter long and 4 meter wide (85 feet x 13 feet).  It can hold 20 to 30 people comfortably. On the day of the trip there were approximately 260 people aboard each ship.

Between 1975 and 1978, Vietnam was going through a reform.  The government wanted to purify the country with only Vietnamese.  The Chinese were allowed to leave the country on their own initiatives.

Ông Ba Năng paid the Việt Cộng for our safe passage out of Vietnam leaving from Vũng Tàu’s beach.  Vũng Tàu is a port city on a peninsula in southern Vietnam. It is approximately 96 km or 60 miles southeast from Hồ Chí Minh City.

The Việt Cộng guaranteed the departure safety under one condition.  Only Chinese people were allowed to leave.  All Vietnamese especially the Vietnamese who had migrated from the North in the 1950s cannot leave. If they find even one Vietnamese on board, this trip will be terminated.

In 1954, the north and the south Vietnam split into two different countries.  The northern part became communist.  The southern part was free enterprise.  There were turmoil between the north and south Vietnam.  Many Northern Vietnamese migrated and fled south because they did not want to live in the condition of the communist regime.  The migrated northerners were considered traitors and not well respected by the Việt Cộng. Both of my parents were northern migrants of 1954.

My mom shared the organized trip to my dad. We would have to disguise ourselves as Chinese to be allowed to travel. Initially, my dad said “No, it is too risky.  Too many people are being killed or being caught. No! It is too dangerous.  I am afraid we will get caught.”

My mom reported “NO” to her boss.  Ông Ba Năng then initiated to transfer everything to my mom’s name.  He planned to leave the business and the company behind for her.

A month before the trip, my dad visited my mom at work one afternoon.  He was astonished and impressed to find many military vehicles out front loading up many luggage.  He witnessed the Việt Cộng cooperation and support.  They were being very helpful to the people who were leaving.  The Việt Cộng was the spine support group for the whole operation.

“We can go.  I can say confidently that we won’t get caught.” My father said enthusiastically to my mom.  The plan for our trip to America began.

My mom quickly notified Ông Ba Năng. She told him that we changed our minds and we would like to come along.  She packed all of our belongings, beautiful dresses, new clothes, shoes, pictures, and any special memento in one large bag.  She did not tag the bag for fearing that our name will reveal our identity as Northern Vietnamese. 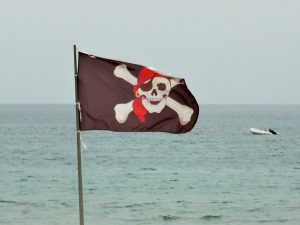 A year before our trip, Ông Ba Năng had organized a trip.  He has 10 children.  Seven of his ten children and his older sister went on the first organized trip.  He stayed behind with his wife and the youngest three children to complete the business transactions with his company.

At that time, my mom suggested that my dad and the older children should leave on the first organized trip.  She will stay behind to assist Ông Ba Năng and leave with the younger children later.

My dad said “No.  We will not go.  It is too dangerous. There is no guarantee that we will see each other again if we go separately.  What happen if I survive and you don’t?  I will not have it.  We shall go together.  If we die, we die together. If we live, we shall enjoy our lives together.” That last sentence from my dad became our family motto.

Later, we received news that the first organized ship was picked up by an Australian ship.  His children and sister were sponsored by Australians.

Remember earlier I mentioned that only Chinese could leave the country in 1978.  Well, we have to pretend to be Chinese.  We became Chinese on paper.  My mom had connections with friends who can get fake IDs for our family.  She purchased Chinese ids for all of us.  Our new last name became Lôi.

There was a cost per person to board the ship. 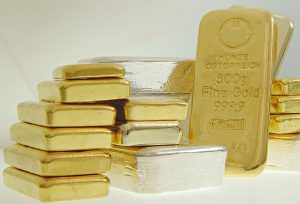 For 13 years or older, the cost was 10 lượng vàng (tael of gold), an equivalent to $10,000 US dollars, for one person.  For 12 years and younger, the cost was 5 lượng vàng. Similar to the Chinese units of measurements of weights and currency, Tael was commonly used in Vietnamese for gold.

It was a costly journey financially. Everyone wanted to go; however, not everyone was able to afford the ticket.  My parents had enough money for only our immediate family of 8 with 6 children and 2 adults.  My oldest sister Mai Hương left with my grandparents to America in 1975.

My mom’s older sister had enough money to send her oldest son.  His name was Huy Bùi at age 18.  We called him Anh Huy.  My grandfather’s younger brother had enough money to send one of his sons.  His name was Thưởng Nguyễn at age 14.  We called him Chú Thưởng.  Our cousins, Anh Huy and Chú Thưởng were the additions to our family. The 6 children consists of 4 girls and 2 boys.  We were one year apart ranging from the age of 11 down to 6 years old. My mom was 38 and my dad was 42.  We were a family of 10.

Not only was the journey costly, we were also vulnerable to pirates and storms at sea. Everyone was willing to take those risks knowing we were partly safe because it was organized with the support of the communist.

“Now what to do about Hà and Bà Ðức?” my dad exclaimed.

I have never been apart from Mẹ Ðức since I was little.  Getting me to move to America could be a challenge.  My parents were prepared for the worse response possible.  They did not want to leave me behind.

After much contemplation, my parents decided to share with Mẹ Ðức that they were planning to go to America and I am coming with them. They felt that it was the right thing to do.  If Mẹ Ðức refuses my departure, then they will have to kidnap me.  At that particular time, everyone was snitching on everyone including their own family members so there was minimal to no trust among the Vietnamese.  My dad took a risk that could jeopardize our journey to America.

On the day of the trip, our clothes and all of belonging were loaded on one ship.  We boarded on another ship.  All we have with us were what we had on and a few spare clothes along with baby stuff for the younger children.  As both ships drifted out to sea, the sun began to set.  By midnight, we lost sight of the other ship.  There was no communication between the two ships.  We later learned that the other ship had problems with its engine.  They had to turn around to shore.  The communists held their promise and guarantee.  They assisted that boat in fixing their engine and sent them off on their way again the next day.

I have more to come in the next article. Stay tune until next week. Please feel free to leave questions or comments below.

6 thoughts on “My Journey to America – The Plan”