As I mentioned earlier in the article, my cousins rented a large van to drive us all on a road trip tour of Vietnam from the south to the north. We had only enough time to visit 5 locations. The road was small and not all paved so the drive was slow and very bumpy.

We visited Ðà Lạt first. It was a small town in the mountain of central Vietnam. The weather was much cooler than Sài Gòn. It was beautiful weather. It reminded me of Los Angeles weather in the spring and less dry. We visited a few touristy spots which appeared to be dated from the war. The traffic was much calmer and more cyclists than mopeds and motorcycles. The air was much cleaner and less polluted than Sài Gòn. The food was fresh and yummy. We had different types of potatoes for breakfast. In the evening we tasted wild boar and venison specialty for dinner. They were delicious.

Our next stop was Huế. Huế was the historical city of where Kings and Queens resided in the last century. There were a few old palaces being restored from the bombing of the war. It was still the rainy season during our visit. We were welcomed by the rain many times while we were visiting Huế. By the end of the second day I was tired of visiting palaces and museums. 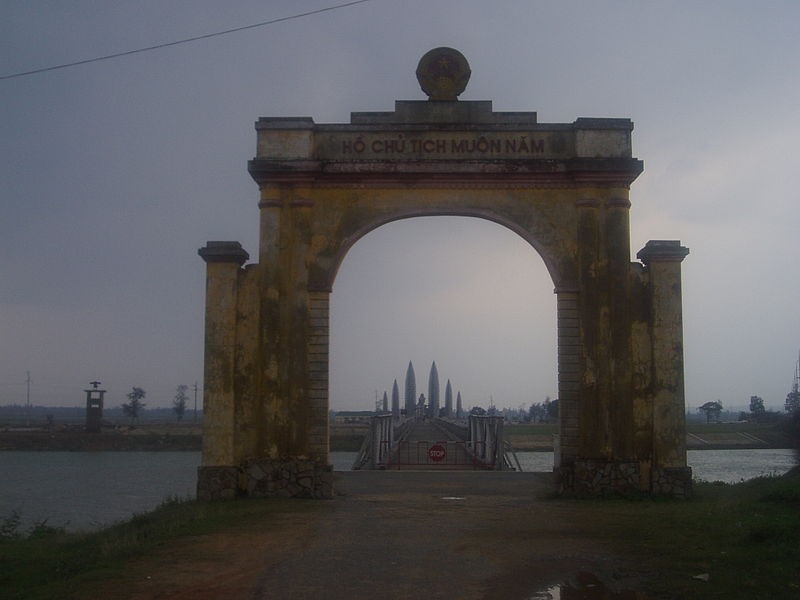 On our way to Thái Bình, we passed through the DMZ (Vietnamese Demilitarized Zone). The DMZ is the dividing line between the North and the South of Vietnam as the result of the First Indochina War. It played an important role during the Vietnam War. The most fighting happened here and a little north and south of this location.

Thái Bình was the city where my mom’s family came from. My mom was born and raised in a small little village located on the outskirt of the city Thái Bình. We visited my mom oldest sister who we have never met since the separation of the North and South of Vietnam. My mom migrated to Saigon with her family in 1945. During that time, her oldest sister was newly married. Her oldest sister stayed in the North with her new family. My mom had not seen her sister since 1945. I had the honor to have met my aunt and her families. She now has great great-grandchildren under her care. During the olden days, the Northern Vietnamese were married very young. They were promised to each other as early as 13 or 14 years old. My aunt was married by the age of 18. She had eight children.

On the way to the village, we stopped for a short pee break along the farm road. From the distance, we saw a group of young children walking home from school. They stopped by and saw Chris. They have never seen a westerner before. Chris was the main attraction. He passed out M&Ms; and they were well-received.